“Ask the ‘Why’, it’s not enough to say ‘it’s beautiful.’ “~Njideka Akunyili Crosby

“Beautiful” is exactly how I described Crosby’s show at the Hammer in November.  There are so many layers to her work it’s hard to focus on one aspect of it.  I now realize that in many ways that is the point.  On the surface her paintings feature a tableau of familial imagery highlighting ebony hued portraits with opaque features that are simultaneously etherial and earthly.  Then you notice the eyes…  They encourage a closer view.  Once you look more closely at her paintings you discover a hidden tapestry of collaged photos and print images that tell a more nuanced story.  That shift in perception is facilitated by the portraits themselves and is a technique that is evident in much of her work.  Ultimately, the collage tells the story that the eyes beckon the viewer to see.  It is as if the subjects say, “I could tell you, but let me show you.” 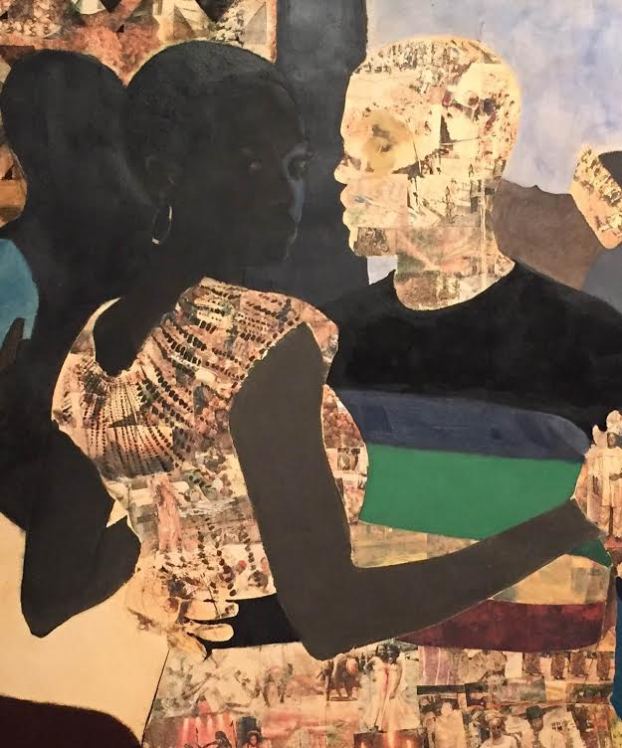 That experience is very much intentional.  Njideka Akunyili Crosby’s background as a Nigerian born artist coming of age in the states plays an important role in both the style and meaning behind her work.  Crosby’s paintings represent the duality between the socio-political complexities of post colonial Nigeria and her inherited cultural influences.  Crosby’s work is rooted in 3rd space theory which posits that when two distinct spaces exist, a third space is formed at the point of interaction between the two separate spaces.  This dynamic has cultural, social, economic and political manifestations, and in Crosby’s work her process mirrors the context.  Her use of acrylics and collage within individual paintings reflect the point of intersection between the cultures represented in her work.  The process of transformation experienced by the viewer who ultimately sees this complexity within the work, demonstrates yet another dimension of 3rd space theory.

Crosby’s description of Georges Seurat’s “Embroidery” in this video by the Met describes this transformation  It also helped me understand the importance of painstaking detail and how his process influenced her own practice of creating work that is so much more than beautiful. 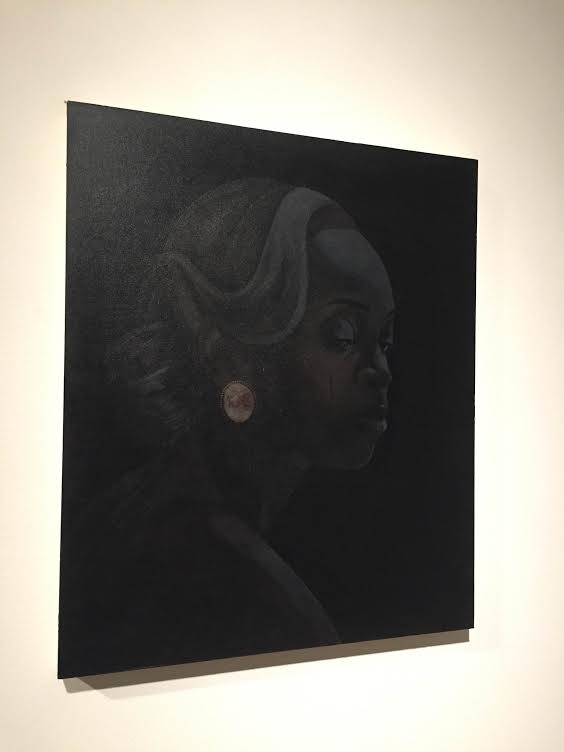 The “Artist a Day Challenge” celebrates Black History Month by highlighting Black artists and diverse forms of cultural expression across the African diaspora.

One thought on “Artist a Day Challenge 2016-3: Njideka Akunyili Crosby”