Less than a year ago I was a commuter lamenting my daily drive through Echo Park when I stumbled upon this mural. 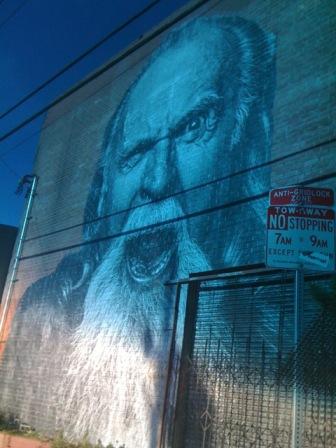 The day I snapped this picture I had no idea that JR was behind the work which was part of his “Wrinkles in the City” project.  I’ve learned so much about JR and street art since then, which is why I was so happy to see today’s post by Brooklyn Street Art  on a documentary highlighting the people behind Jr’s “Wrinkles”.  It was such an interesting look at the piece as a whole and what it meant to the participants.

What’s equally interesting is that as I type this post, tonight L.A. City Council members are meeting with prominent street artists to discuss modifying the current ban which makes public murals like “Wrinkles” illegal.  For more on tonight’s hearing, click here.

3 thoughts on “The Faces behind “The Wrinkles in the City””