“It is figurative work that defies, either deliberately or by virtue of disinterest, the classic cannons of good taste, draftsmanship, acceptable source material, rendering, or illusionistic representations.”- Marcia Tucker, Curator the New Museum
In A Shape That Stands Up at Art + Practice, Jamillah James expands on the New Museum show with new slate of artists that chose to challenge creative traditions of formality.  The exhibition and the the 15 artists featured in it create a unique space for themselves with a body of work that defy convention in materiality and meaning.  By creating art in the grey space between figuration and abstraction these artists present works that encourage the viewer to consider alternative meaning from familiar objects.

Reminiscent of Guernica, D’Metrius John Rice’s Ultimatium/Dig Me Out, 2015 features illustrated abstracted body parts that conspire to form a sense of kinetic urgency.

Many of the works take on transformative characteristics when viewed up close. 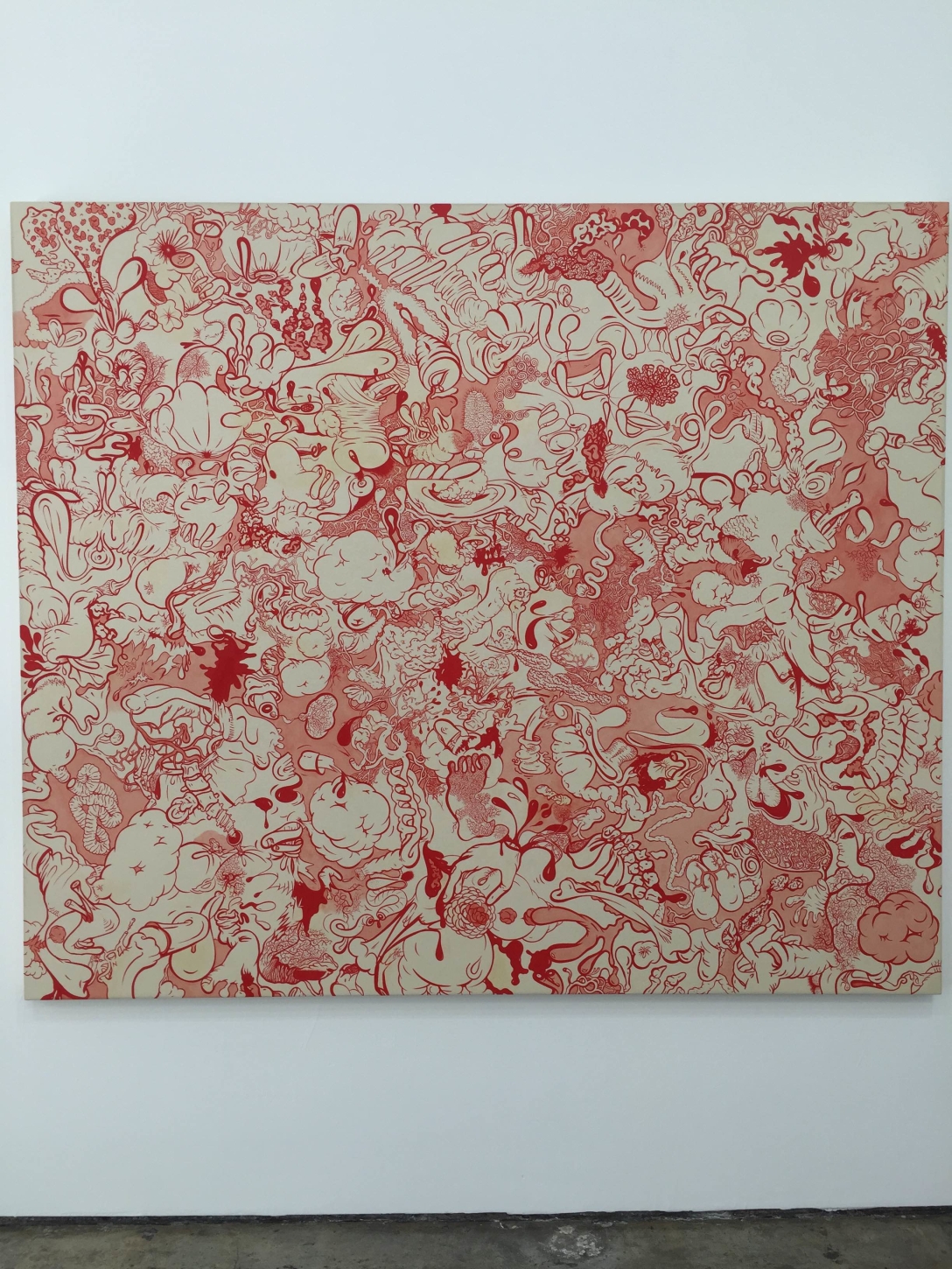 Sue Williams’ Democratization #3 looks like an abstracted cartoonish Chinoiserie print, but upon close examination the viewer is confronted with a surreal, comically grotesque assemblage of dismembered body parts and organs with the comical nature of the piece extends the viewers gaze into a disturbing world.

A Shape that Stands Up is a dense show that merits multiple views. The accompanying exhibit literature penned by Hammer Museum assistant curator Jamillah James is an essential accompaniment to better appreciate the inherent complexities of the work presented in the show.

A Shape that Stands Up is on view through June 18, 2016 at Art + Practice in Leimert Park