“It’s a peculiar sensation, this double-consciousness, this sense of always looking at one’s self through the eye of others, of measuring one’s soul by the tape of a world that looks on in amused contempt and pity.” W.E.B. Du Bois, The Souls of Black Folk 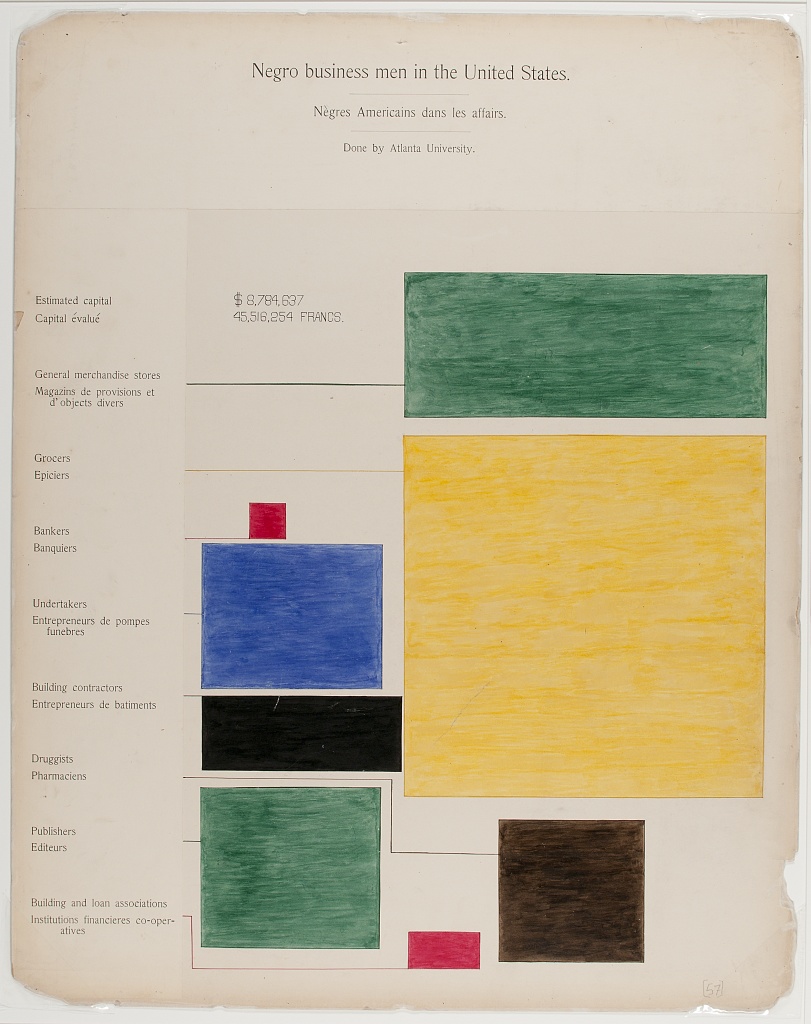 In yesterday’s post we placed a spotlight on Theaster Gates and his artistic recreation of statistical data presented by W.E.B. DuBois. The data was compiled by Du Bois and his students at Atlanta University in preparation for an exhibition that would showcase the work which represented the economic and social condition of black americans descended from slaves. The statistical tables produced in watercolor and vibrant ink were not just informative, they could stand on their own as graphic design or abstract art as Gates proved in his current show at Regen Projects in Los Angeles. In a recent article with the L.A. Times, the artist called DuBois one of the earliest black contemporary artists–he certainly had a vision that was far ahead of his time which he used to inspire the work from his students. In Du Bois, I saw the eye of a curator who expanded ideas of what art is, pushed boundaries that challenge prevailing thought and confront the status quo using forward thinking themes. His statistical work was incorporated into the Paris Exhibition of 1900 coordinated by an African-American attorney named Thomas Calloway, but the show was designed to be much more than a presentation of data.

In the exhibition DuBois and Calloway used the charts to highlight economic growth evidenced from a statistical sample of black residents from Georgia and they supplemented the statistical data with a curated photography exhibit that highlighted current black achievement in literature and education. The exhibit was anchored by a collection of 200 literary works and a compilation of 400 patents owned by black inventors presented in a comprehensive visual narrative of growth, achievement and excellence during reconstruction.

“Work, culture, liberty,—all these we need, not singly, but together, not successively, but together each growing and aiding each, and all striving toward that vaster ideal…the ideal of human brotherhood, gained through the unifying ideal of Race; the ideal of fostering and developing the traits and talents of the Negro, not in opposition or contempt for other races, but rather in conformity to the greater ideals of the American Republic.” W.E.B. Du Bois, The Souls of Black Folk

In simple terms, Du Bois was painting a picture of life and the possibility of a strong future as he saw it without yielding the perceptions of black life that were formed out of fear. The message Du Bois and Calloway sent to exhibition visitors was one specifically designed to counter alarmist, stereotypical propaganda that proliferated in the U.S. post slavery. 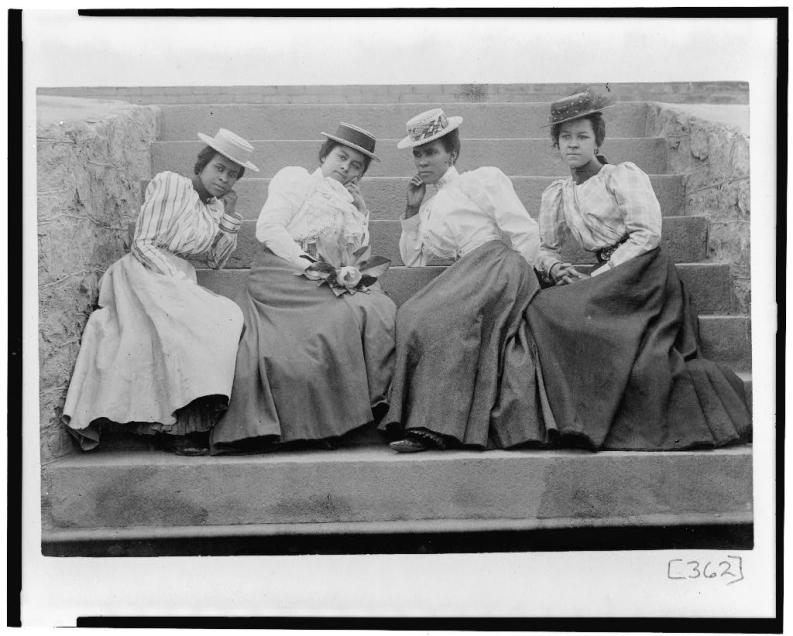 Quotes: The Souls of Black Folk, by W.E.B.Du Bois , Excerpt from Black Voices, An Anthology of Afro-American Literature, 1968, Edited by Abraham Chapman.