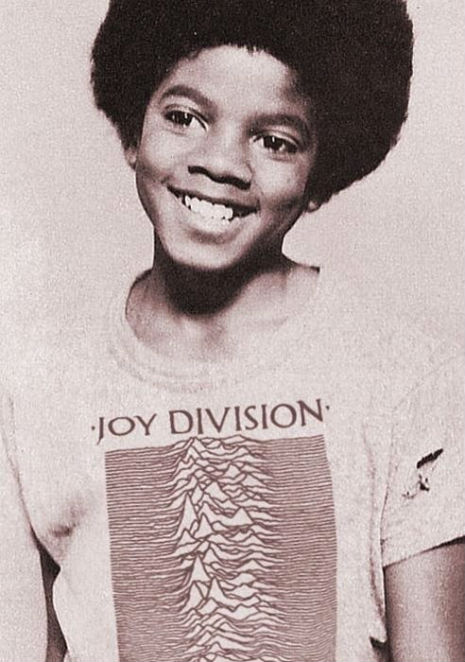 Remember when that photoshopped picture of Michael Jackson wearing a Joy Division shirt made the rounds last year?  I was bummed when I realized it wasn’t real, because there’s a part of me that loves the juxtaposition of two disparate worlds colliding in perfect chaos. When I first saw it I was taken back to musical youth.  As a black teen I wasn’t supposed to listen to Erasure, the Smiths and Joy Division…and I certainly wasn’t supposed to listen these groups AND Public Enemy… but I did.

So when I came across the video about Unlocking the Truth (this video went viral last year, but I guess I was too busy doing the Harlem Shake to notice), I was immediately captivated.  The band was created by two black tweens from Brooklyn who formed a basement bound rock haven (complete with an imaginary tour schedule/vision board) where they wrote their own lyrics and composed their own music.  As self-taught musicians they marched to the beat of their own drum and forged their own path in music rooted in Heavy Metal.  They are, in a word, awesome.

Malcolm Brickhouse (a guitarist with a name destined for greatness) and Jarad Dawkins (a writer who plays drums) have been friends since they were young children.  Since this video was published the band added a bassist (Alec Atkins), they have been signed to a label, and are currently playing the summer festival concert circuit (Coachella, the Vans Warped Tour, and the AFROPUNK Festival to name a few).  Clearly the vision board tour schedule manifested in greatness for the band. The trio played the Troubadour in West Hollywood last night which was their first headliner performance and a good litmus test for staying power. Their show is already getting rave reviews.

I knew I had to write about these guys when I saw one of them flying their nerd flag high (I have the same “Black Nerds Unite” shirt), and Unlocking the Truth shows us that being yourself is the key that unlocks your truth. These dudes speak it and live it.